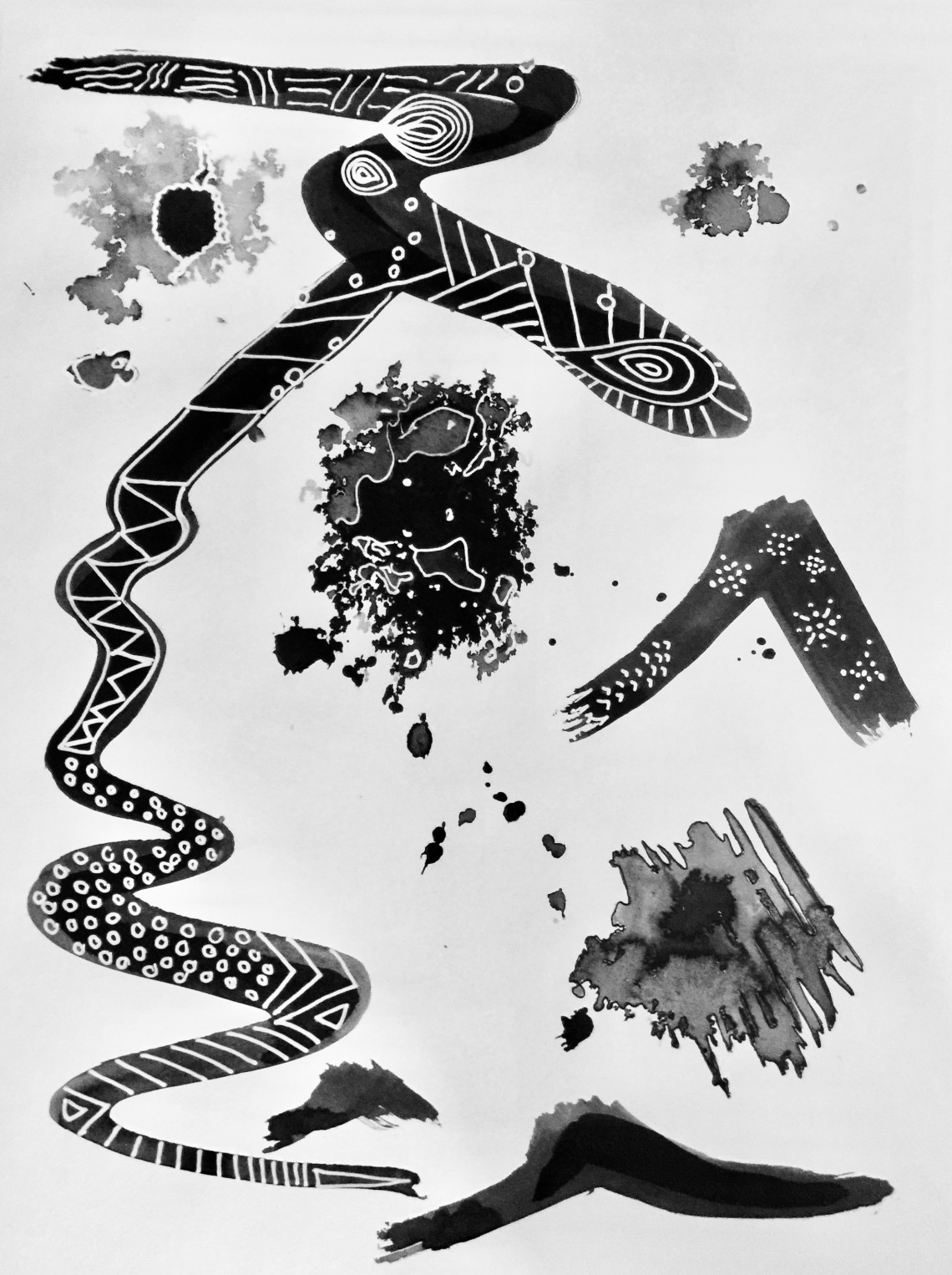 One or two or three

First he raped her in her marriage bed,

where she lay, sold by her father,

paid for with a princess dower.

Raped her again and again,

until she grew to accept it as her due.

The first snake she wore around her arm,

a symbol of her station: rich and gold and

And then he raped her daughter. And when she objected she was jailed and

wore them like a queen- still a woman who knew her power.

And then he turned her son against her, beating him until he too betrayed her.

strong men looked away in fear. And some in shame and

they despised their own fear and

it made them hate her.

They feared her anger.

Look away they said or you will turn to stone

– so powerful was her rage.

The snakes nested in her hair and

she was sent her out to sea

still they remembered the snakes –

and shuddered at the memory, and

women were not allowed to be angry or

powerful any more for it made men

it made men weak.

wild about art of all kinds View all posts by marthabilski

Had to share this after seeeing @loispetren sweater. My inspiration was a Norwegian bed carpet that I saw in a museum catalog. I was thrilled when I saw it knitted in a #kaffefassett garment years later. And now another has surfaced. Lovely lovely. This painting is still on my easel under a bunch of other things and maybe someday I’ll finish it. Or maybe it is already finished. @kaygardiner
There is a theme here.
Sleepy and done. Cowl knitting. All ends woven in and soaked and drying. #mdkaffealong #masondixonknitting #artist #painter #maker #sewist #knitter #quilter
They may not be seaworthy but they will be pretty when they are sailing their way through the universe. And I am covered in plaster. I will add some paper maché on top of this and then paint and some wax and sails and who knows what. #makersgonnamake #annwoodpatterns
Small works
Alex’ guitar school room. @lbguitarschool